A Film In A Week - Spy Film

In summer 2012 Greenshoots worked with approximately 20 year 8,9 and 10 students on a summer school project based around learning literacy through filmmaking. In order to research the project and to engage with the local community the young people visited a senior citizen group at Bilborough library where one member of the group was celebrating her 90th birthday.

The group worked as several mini film crews to interview many of the members. The stories that came from them were inspirational. One member told of his father who had been a fugitive from the KGB since the war, and he had found out only after his father's death that he had a family of brothers and sisters in the Ukraine who his father had before he had to go into hiding !! Another told of his time as a rear gunner in an airforce fighter plane !!

The young people were totally inspired and wrote, acted in and filmed a trailer for their fantasy spy film "Discover the Spy" A "Film in a Week" project they were all very proud of. 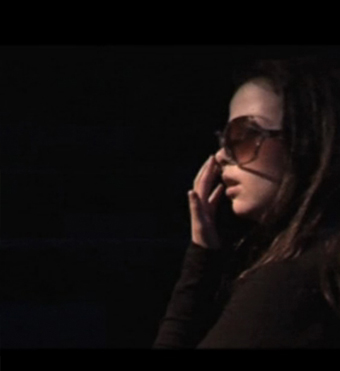 The whole group really enjoyed being at the senior citizen's party. They all served tea and shared cake with the residents. They took part in a quiz and generally got to know each other. Tilly Fletcher said "We went to talk to lots of old people at the library. I thought they were going to be boring, but they told us some amazing TRUE stories".

The senior citizens who spent the day with the young people enjoyed the whole experience. One community member Cliff said "it was lovely that the kids came in for the party ... we don't usually get to see young people and it was nice to talk to them about all our old stories"

A TEACHERS POINT OF VIEW

The teachers at NUSA were thrilled that the project went so well. English teacher Kyle Milner said "the students loved the project. It was a great way to get them writing and working intergenerationally with the local community benefits everybody so much" 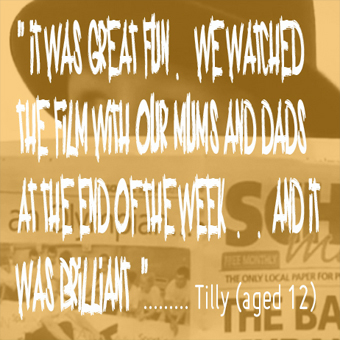