Right Up My Street

Right Up My Street is the final product of a unique project designed by Tricia Gardiner of Greenshoots. Funded by Creative England and delivered in collaboration with Broadway cinema, the project brought together 180 young people from 8 different schools across Nottinghamshire and Derbyshire to work with their teachers and industry professional from The Broadway Cinema and Donkey Stone films, from fashion and acting to make a full length feature film. The work also encompassed literacy embedded into the scriptwriting whereby 4 separate stories were written which came directly from the young people involved after consultation with a wide range of members of their own communities. Greenshoots were thrilled by the energy and drive that the young people brought to the project and amazed at the sensitivity, humour and poignancy of the stories that came about. This project on it's own underlines Greenshoots' ethos of learning by doing and illustrates the strength of teamwork and schools working with industry professionals. The intergenerational work involved should also not be underestimated as everyone involved played their part which is particularly evident in the use of part time actors from local communities who were auditioned and directed by the young filmmakers to appear in the film. One actor (Graham, who played Charlie in the film) commented "..if I had won the lottery, I would have been richer in wealth, but being involved in this project made me richer in my life". The four stories were written with the only brief being "something that you might imagine could happen in your own street" and were interwoven to exacerbate the feeling of people's lives going on all around us at the same time. The final work is, we think, a triumph and something all involved are justifiably proud of. 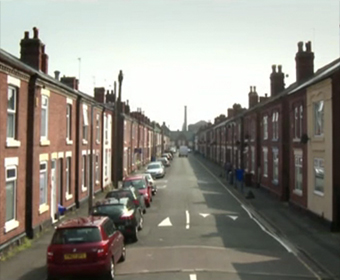 Young people had the opportunity to experience work based learning accessing professionals and using industry standard equipment. They wrote the script, filmed, played on, recorded and mixed the soundtrack, lit, edited and made the costumes for the film. The whole process used exactly the same model that a professional film company would use to produce a published feature film.

WORKING WITH THE COMMUNITY - INTERGENERATIONAL

We think what it meant for community members to work with the young people is summed up in this quote from Graham, who played Charlie "At the end of the day, when you see me on that screen, when we all go for this screening, it's not just me that you're looking at, it's you. You gave this chap all his characteristics. Every move you'll see me make, every sigh, when I turn and look and I look surprised, or when I'm nervous, it isn't me, it's you. It's what you've created. All that I am doing is bringing Charlie alive for you. I was going to say it's all you, but no, we'll say it's us. It's 'we', because I've had my little bit of fame as well and, y'know, I'm a senior citizen, but after doing this, I think I'm going to refer to myself as a senior student."

The strength of Greenshoots' ethos of setting real world goals to inspire learning was vindicated by the students involved. As one said "It's alright saying 'we're making a film', but I think because there's an end project and you're working towards something, not an exam, you're actually getting something out of it. It's alright saying, well I'll get a qualification at the end of my A levels and stuff, but here we're working towards something we want to achieve as a group." 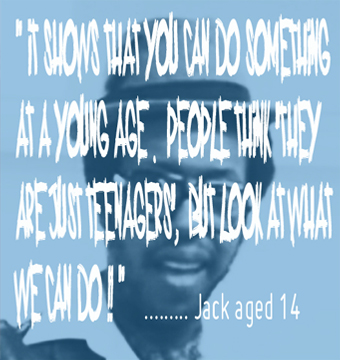